The Blind Side… Part 1 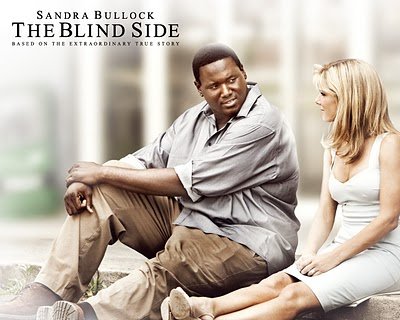 My mission has always been to INSPIRE first – then empower! Why, you may ask? My reason is a simple one – “uninspired individuals never find the courage to take action!”

As such, I find inspiration through many channels – sometimes books, a newspaper article, individuals, coaches/mentors, my children, a friend, movies and even a stranger sitting next to me at a basketball game. It depends on where you are in your journey. One thing is for sure though – there is inspiration all around us.

So, whenever you’re at a place where you’re feeling stuck, it’s usually because you’re lacking inspiration in some form. While saying this, it’s key to understand that you must find ways to keep yourself inspired, whether through books, through a newsletter such as this and through the people you surround yourself with. It’s easy to become inspired, however staying inspired is where the real work begins and that requires constant & consistent feeding of your mind, heart & soul!

The power of ONE! Part 1

You only need one person to believe in you – and sometimes this person has to be YOU!

Lesson: As it applies to you – what is it that you’re waiting on approval on from someone else?

You only need one chance to prove yourself – When they offered him to spend one night on their sofa – this was his chance to prove himself, and whether he failed or passed the test would decide his fate and his future. He outdid himself in a number of ways – he got up and made his bed (sofa), tidied up after himself and was ready to leave before the family woke up.

Lesson: When given an opportunity – doing ‘just a good job’ is no longer good enough! In passing I noticed a really nice shoe through the window of a shoe store in downtown Toronto – for the record it was a men’s shoe store (this time around)J! I was hoping they had a size for my son who at 6ft 2in and size 14 shoe size has a difficult time finding his size in traditional shoe stores. I walked in and of course they didn’t have his size, however what happened after that shows the importance of going above and beyond. To my surprise the sales clerk who advised they did not have any size 14 shoes asked me whether or not there was a particular style that my son generally liked; after discussing what my thoughts were, she asked me to sit and wait for a minute, as she would be right back.

A few minutes later she reappeared with 3 shoe boxes and explained to me that based on my description she went through the inventory at the back and physically searched for size 14 shoes, and these 3 pairs were the closest match to what my son would like. I was in complete shock – needless to say, without a blink I purchased all 3 pairs and an additional pair for my husband.

My point – because this sales representative had a sincere interest in my needs, she tried really hard to solve my problem and in doing so she went beyond what was expected of her to create a really great experience for me. As a result, she sold 4 pairs of shoes at their regular price! I sure hope she made some commission from that purchase. After speaking to her manager to ensure she received full recognition for her services, I was on my way home to share the good news with my son.

Go beyond ordinary – be extraordinary in all you do without being asked or told to, do more than what is expected; this is the only way you’ll create an unforgettable experience for your clients and build an extraordinary life for yourself.

You only need one chance to shine and show your value – At his first big game, things started off rocky; the audience was making racial remarks, and the referees were completely unfair. Even though it was a difficult start, when he realized that he had his coach in his corner halfway through the game he was empowered and broke a record. As a result, he received scholarship requests (drafts) from dozens of universities – all based on his performance in that one game. They saw something they wanted in him.

Lesson: Brainstorm a few valuable ways to improve your life and business and implement ONE this week. The goal and the plans are useless if you’re not willing to execute them! It starts with you – even if you get the tools and the resources from every expert in the field, ultimately, nothing will happen until you shine and show the value you can and will provide!